What is correct pronunciation?

An overview of English pronunciation

Pronunciation is the way in which a word or a language is spoken; the generally agreed-upon sequences of sounds used in speaking a given word in a specific dialect. In general, accent refers to variations in pronunciation, while dialect additionally encompasses specific variations in grammar and vocabulary. English speakers from different countries and regions use a variety of different accents (systems of pronunciation) as well as various dialects (localized words and grammatical constructions).

A word can be spoken in different ways by various individuals or groups, depending on many factors, such as: the duration of their cultural exposure in childhood, where they currently live, speech or voice disorders, their ethnic group, their social class, or their education. Like many other languages, English has wide variation in pronunciation, both historically and from dialect to dialect. Analysis of English pronunciation often centers on, or uses as a reference point, one of the prestige or standard accents, such as Received Pronunciation for England, General American for the United States, and General Australian for Australia. Nevertheless, many other dialects of English are spoken, which have developed independently from these standardized accents, particularly regional dialects. Though the regional dialects of English share a largely similar phonological system, variation in spoken English can differ enough to create room for misunderstandings.

There are 24 consonant sounds in English. However, much like other Germanic languages, English has a particularly large number of vowel sounds, and in addition the vowels of English differ considerably between dialects. There are 20–25 vowel phonemes in Received Pronunciation, 14–16 in General American and 19–20 in Australian English. Because of the complexity and great number of vowel sounds, various people have tried to simplify this analysis and count less vowel sounds. Other important aspects of English pronunciation include stress rhythm, and intonation.

The International Phonetic Alphabet (IPA) is pronunciation guide that you will see in dictionaries. The standard English IPA key represents the sounds of General American, Received Pronunciation and Australian, Canadian, Irish, New Zealand, Scottish, South African and Welsh pronunciations. The IPA symbols can be difficult to learn, so many people prefer to annotate pronunciation with an easier system, such as Wikipedia’s respelling key.

Learning English as a Lingua Franca

There is a movement currently in the world of English language teaching to teach pronunciation of English as a Lingua Franca (ELF). Generally speaking, ELF concentrates on function rather than form. In other words, communicative efficiency (i.e. getting the message across) is more important than correctness. As a consequence, in ELF interactions speakers accommodate to each other's knowledge and backgrounds to speak in a way that is intelligible for both.

While it is vitally important for ELF speakers to ensure that they are easily intelligible to listeners in a wide range of contexts, close imitation of a traditional accent should not be their main objective. Speaking with an American or British accent, for example, is generally unnecessary in order to achieve high competent speech with an excellent level of intelligibility, and in some cases mimicking native speakers is actually unhelpful.

1. Native speakers speak with the correct, natural or authentic accent.

2. Speaking like a native speaker makes you more intelligible, whereas having a foreign accent reduces communication.

• consonant sounds (except the <th>)

• appropriate word grouping and placement of nuclear stress (the most stressed syllable in the sentence, which signals focus and meaning)

On the other hand, features not part of Lingua Franca pronunciation are:

That’s not to say that these items are not worth teaching. Receptively, it may be useful for students to be aware of things like features of connected speech. But in an ELF approach, learnerswould not be expected to produce them, only to understand them.

More research, teacher training, and updated English textbooks are needed that incorporate this new information about the most and least salient aspects of the English language pronunciation for international communicators.

At La Miss de inglés, our position on pronunciation and accent is that we want our students to be within the range of intelligibility. We do not do accent reduction or accent training, nor are we specialized or trained in that type of work. We focus on teaching the English language and pronunciation that is as close as possible to the IPA guidelines, and taking into account the research on the ELF Core. Our pronunciation corrections in class are directed at sounds that are irregular enough to potentially cause confusion for an advanced speaker of English, either a native speaker or a non-Spanish speaker from any part of the world. 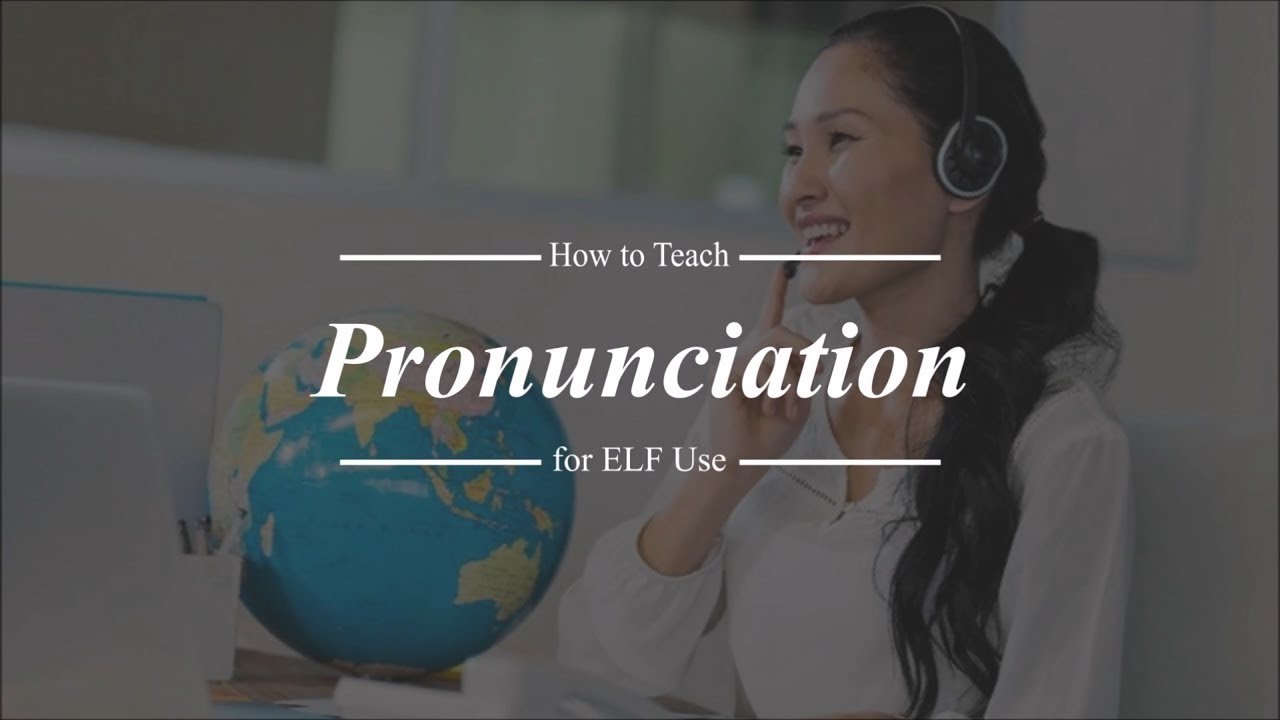 The English as a Lingua Franca Pronunciation Core

What is correct pronunciation?

What are our teachers’ qualifications?

Which is better: a native speaking teacher or a non-native teacher?

Why do we eat turkey on Thanksgiving?

16 Tips to take control of your Foreign Language Anxiety

Do you suffer from Foreign Language Anxiety?